Goodbye Mom and An Irish Blessing - from October 2009

on October 09, 2009
There are a few blog posts that I am republishing here on Aging-My Thoughts because they are life events that are important to me and I want to be able to find them on days when I need them. This one is what I wrote when my mother was in the hospital dying in 2009 and it is an important post for me to remember. They have not been modified, other than cleaning up the formatting.
HAROLD L. SHAW - OCTOBER 3, 2009

REPOSTED FROM MY THOUGHTS (hshawjr@blogspot.com/haroldshawjr.com)

We found out yesterday that my mother is dying, she has suffered at least two heart attacks in the last couple of days, has several cancers (stage 4) and blockages to her heart, so it is a question of when, not if.

There I said out loud, that was difficult for me. 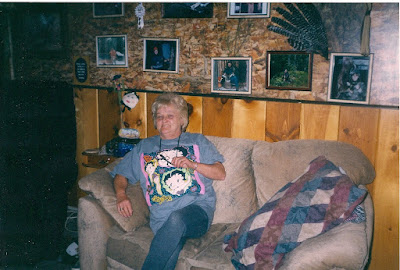 The way I was brought up, it was a sign of weakness to show or express your emotions and those old ways are sometimes very hard to break.

My mom was always my biggest supporter and sharpest critic, telling me exactly what she thought of whatever was going on in my life — often bringing me back to reality — which I needed many times. Mom was not a saint by any stretch of the imagination, she had her faults as we all do, but she had so many good traits that they more than outweigh those faults. 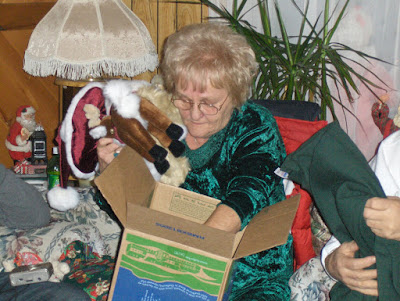 She was a pitbull when it came to her family, she would protect us in any way she could and help us kids even when dad didn’t want her too. A couple of stories that come to mind for me are:

I was just beginning kindergarten and I came home and was writing with my right hand, she took me into school and “talked” with Mrs. Cummings – the teacher about how I was left-handed and that I would remain left-handed in school. I don’t remember exactly what was said, but I do remember the voices were getting quite loud, I guess she won that one…I am still left-handed. 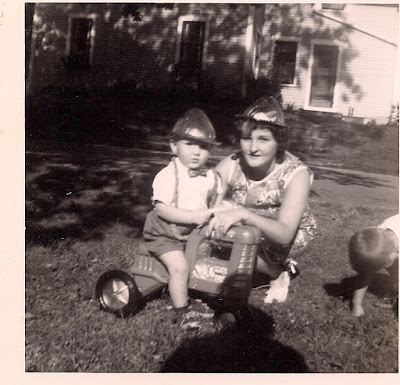 She worked as a waitress at the Log Cabin Restaurant in Newport and I remember her coming home at night and us kids sitting around and helping her count the tips, she had earned.

Toughness was one of her traits, we all kind of figured that something was wrong (for at least the last year and a half), but she refused to go to the doctor, that was her way. Right up until last Wednesday she was still doing home care for an elderly widow, the same as she had for the past 11 years. She didn’t let how bad she felt stop her from her responsibilities that she took on. She was more worried about who was going to take care of the lady, than she was about what was happening to her. 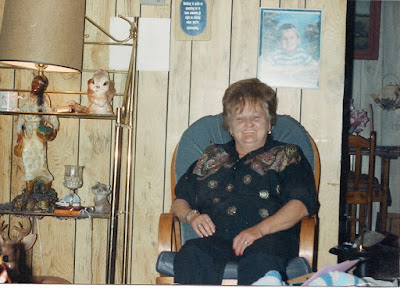 It took my sister a long time to persuade her to go to the emergency room, she had refused everyone else’s effort to get her to go including my dad’s, but this week the pain had grown to great to bear. Knowing what we know now, she must have been in incredible pain and I can’t begin to understand how she was able to continue doing as much as she did.

Most of the rest of the family is in Bangor at Eastern Maine Medical Center today, waiting for mom to die. I am not – when I divorced my first wife Mom and I spent a lot of time talking and she told me back then to keep living, if anything ever happened to her and she was in the hospital not stay there and wait for her to die.

Yesterday when I was talking to her alone she reminded me of that conversation and told me “Harold, you have to keep living and I don’t want you at the hospital or hanging around waiting for me to die.” I will go back and forth and spend time at the hospital or the house if they let her go home to die, but I just can’t participate in the “death watch” with the rest of the family, it just hurts way too much. I guess I am weak this way. I am not good with the emotion thing.

She still knows me too well.

Mom consciously made a decision on how she wanted to die. She waited until she was end-stage before going to the Doctor. Mom is still not telling the doctor’s everything, but she has made peace with her decision. She is refusing any extra-ordinary treatment beyond pain-relief.

This is mom’s decision and we are respecting her right to make that choice. We don’t want to loose her for our own selfish reasons and the gaping hole it will leave in our hearts. I have cried my tears and will cry more when she does die, at this point she is suffering terribly and it is time to say goodbye and I can only hope that she does not suffer much longer.

The tears are flowing pretty hard right now and this is the hardest thing I have ever written, but I needed to write it down to let others know that I really do care.

MOM I love you and always will.

A tough one to re-post. 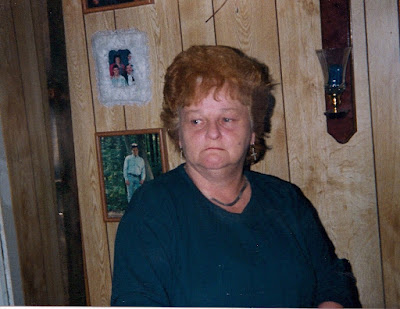 The day my mother died, I was four days into a new position teaching at Lawrence Junior High and I got the phone call from my brother, while I was going to meet with my new boss to go over job expectations and that kind of stuff. Needless to say, I was kind of shell shocked and when my new boss asked what was wrong, I told her that I just received word that my mother had died and was a bit out of sorts. She quietly asked if I was okay and said I think we can do this meeting another time, hugged me and the next thing I remembered was opening my car door. Not the way you expect to start a new job. This paragraph is just to remember when I found out that Mom had died.

This was a very difficult week for my family and myself, due to my mother’s passing she died today.
I wanted to take this time to say thank you to all of you who extended your condolences and kindness during this time of grief for us.

Having something like this happen during your first week on a new job and attempting to teach kids has been a bit nerve wracking and I needed today to sort things out a bit, so that I will be there for the students who have been entrusted to my care.

I am very lucky to work where everyone is willing to support even its newest staff member during tough times. Those in leadership and my colleagues were all considerate and understanding, if I was a bit off my stride at times during the week. A small touch, but one that meant a lot to me was when yesterday afternoon one other other teachers gave me a card just before I left, which was signed by many of the teachers, even though most of them barely know my name.

It is time to move on, while I am sure that I will have times where I miss my mother a lot, it was her time to go. She made her choices regarding her medical care and how she would live and die. Mom did not want to go overboard when grieving for her, she wanted us to go out and live our lives, so that is what I plan to do. I do not want to dishonor her memory by being selfish and going into a funk where I am not being of any use to others or myself. 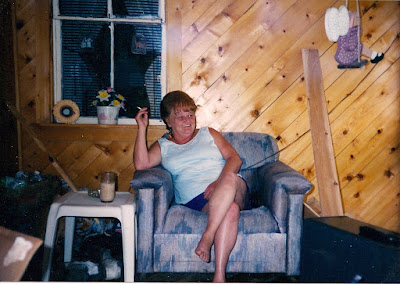 I plan to make my first year back to teaching one that honors her memory and use her example of toughness and giving to others, to help me through the tough spots that will occur this year as a teacher.

Taken from http://www.islandireland.com/Pages/folk/sets/bless.html
We may be more English on Mom’s side than Irish, but I have always felt a closeness to their words and attitudes than I have other cultures, so it is fitting to use their words now. They say my thoughts with words better than I ever could.
THANK YOU
Death reflection
Hshawjr207
Welcome to One Foot In Reality. This blog will be my daily journal where I get to write about things that interest me like running, technology, aging and a lot about what I do and read about over the course of a day. Some things might be boring, but they are a part of everyone's life, but also the parts that make me go mmmm.