on January 15, 2020
Bennie didn't even complain this morning about our walk, so maybe he is getting over the meechiness that had plagued him lately. Naw, I think it is more it wasn't that cold, windy or nasty outside. He like the rest of us as we get older has less tolerance for crappy and cold weather than we did when we were younger. 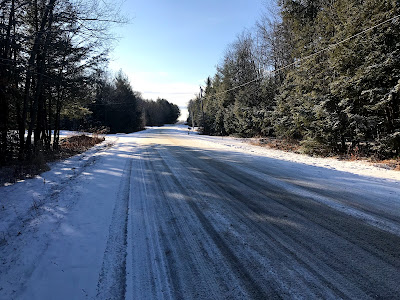 On his long walk, it was one of those gorgeous Winter days where the temps hit the low 40's a bit of sun before the clouds rolled before the 4-7" of snow that is expected in the area tonight.

Since roads were snow-covered, I headed into the gym for my workout.

Which was made up of the usual pre-run warm-up/stretching routine, with some serious foam rolling added in for good measure.

The left hamstring was feeling pretty good so I decided to try a run, planning to shut it down if it started to grumble or complain too much.

Perhaps I could have done okay if I had done that speed at the start, but after a couple of miles, the hamstring started to complain and put the speed back down pretty quickly. Then I walked for .20 @ 3.5 mph.

No harm, no foul, but I needed to know how far I could push before it started to grumble a little.

After that, I decided to get on the elliptical and do a couple of easy miles on that. No issues whatsoever.

The legs are pretty tired, but that is okay and is part of the deal.

I did get my Christmas presents out, I wanted to see how they would do on the treadmill and they were just fine. The New Balance Propel in Wide. They seem a bit more comfortable on my feet than the D width ones I have which I use for outside running. These are too purty right now ;-). 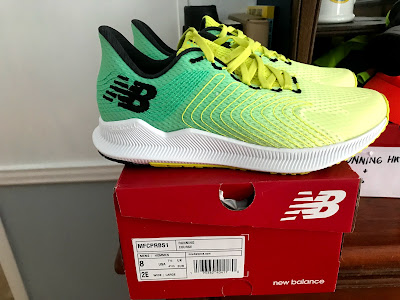 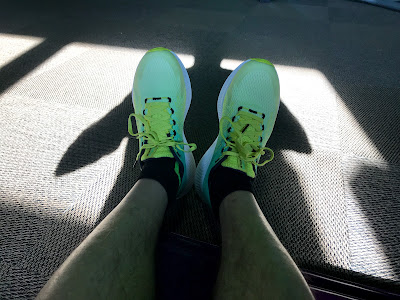 This afternoon we took Hunter to our Vet and he said that for his age Hunter seems to be doing pretty good. They did some blood work and stuff, but it seemed like a pretty good visit. We did have an issue one of the front desk personnel over our 18-year-old cat's medication, but that was quickly resolved by the Vet when we brought it to his attention. An unnecessary stress from our point of view, but sometimes you just can not let things go.

An interesting day to say the least. At least I got a little run-in, but know that the rehab process for the hamstring is going to be longer than just getting back to my normal running tomorrow.

This post was written for and first appeared on One Foot In Reality.
daily life RunLog running
Hshawjr207
Welcome to One Foot In Reality. This blog will be my daily journal where I get to write about things that interest me like running, technology, aging and a lot about what I do and read about over the course of a day. Some things might be boring, but they are a part of everyone's life, but also the parts that make me go mmmm.

CheerfulMonk said…
Hurray for gorgeous winter days! We've had several days of them, but it's supposed to snow again tomorrow.