Why, Yes it is Going to Snow Heah - Again Someday Soon

on January 20, 2020
Sometimes you just have to wonder at what people think!

In reality, it is more what they are being told and how today's 24/7 world of information entertainment, that newish word called Infotainment hypes the hell out of what they are being told about just about everything. Where news, sports or the weather is broadcast 24/7 and all are in a race for ratings, viewers and clicks, which have resulted in the sensationalization of even the most mundane topics.

I could go off on a rant about the news and how biases from all the major news networks is helping to split our nation even more than it normally would be, but I won't, I will save that one for later in the Presidential Election cycle when the lies being told by all the Infotainment News Centers will be at its worst. 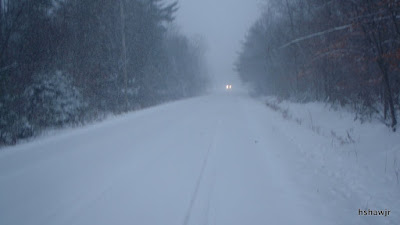 Weather is a mundane topic that we all complain about just about every day. It is too: hot, cold, windy, snowy, icy, it is seldom just perfect and definitely not in our ability to control. It is more something that we love to whine about, well at least I do.

So instead of taking on all of the Infotainment types out there today, I will yak, complain and whine about primarily about our weather entertainers...errr forecaster and one channel that does an exceptional job of hyping the weather. Yes, they do provide an interesting service, that tends to show us extreme weather and hopefully other people getting whacked by Mother Nature. Sometimes they even give us a fair warning about bad weather that might come into our areas. However, at the same time, every "extreme weather" event is not the end of the world as we know it.

Although if you watch that channel enough, you might wonder if the next storm is going to be our last.

When they start using a word like snowmageddon, bomb cyclone and all those other terms they use to describe the forthcoming weather, it makes viewers think that OMG, I gotta get ready for this next storm it is going to be so bad that I will be stuck in my home for days on end.

Sometimes that is the case, but more often than not, it seems that...the storm wasn't all that bad and viewers start to tune out the storm warnings...you know the "cry wolf" syndrome. That human nature where we have heard how bad things will be so many times and ignore the warnings when a big storm is actually coming and then things can get complicated. 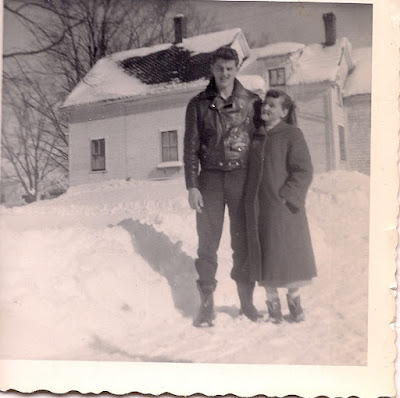 Now growing up back in the '60s up heah in Maine during the winter, I seem to remember there were snowstorms and were just a part of living here. People back then didn't seem to get all bent out of shape, run to the grocery stores to stock up on eggs, bread, milk, and coffee brandy every time the forecasters said it was going to snow a little. Then again the TV and radio weather forecasters also didn't make it sound like the end of the world every time a little snow was coming our way.

Yeah, some storms were bad, but for the most part, we would shovel out, clean-up and get on with life until the next one came, because there would be a next one until about April.

Fast forward to this weekend. 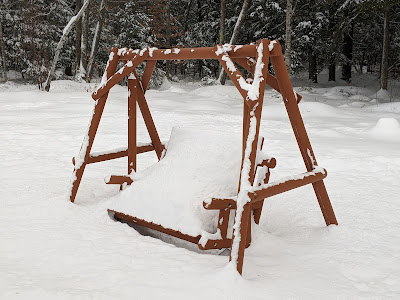 We got a snowstorm overnight and we got 6-8 inches of snow.

This is not really a big deal, cleaning up is a pain, but we got about the same amount Thursday night and to hear the weather forecasters on certain stations talk before the storm got here, you would think that it was Snowmeggedon or some shite like that.

It was a snowstorm, it dropped 6-8 inches of snow - nothing serious or all that uncommon in places where it snows in the winter. We get this kind of snow starting in late November and they tend to keep coming once or twice a week until late March. This year there have been more ice storms than snowstorms, but that is a different matter.

Once in a while we will get dumped on in the 10-20 inch range, then once or twice a winter we will get a storm where we get more than 20 inches. Both of these can be very dangerous, but they are not all that common unless you are living up in the mountains. They get whacked a bit more often.

Those tend to suck, but they are not the end of the world people and yes, there are things that we need to do to prepare for the bigger storms to ensure our families are safe, but if you have lived in an area for a while you should know that stuff anyway and should be prepared long before the storm is hyped up by the national and local weather infotainment gurus.

The Reality is that


If you live in Maine or many other states we typically get snow in the winter (sometimes a lot of it), and you know that it will snow. Sometimes a little and sometimes a lot from November until April 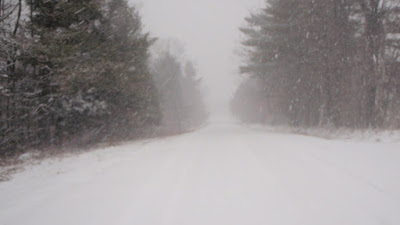 Just the way it is.

I lay a lot of the blame on the general public getting a little batshit crazy about the weather all too often directly on the Infotainment universe and the words they use to describe a pretty routine amount of snow for most areas during the winter months, especially around heah.

Yes, I understand their desire for ratings, which in turn drives revenue, but at the same time is it time to turn down the hype machines, bluster, and hyperbole about the weather that is coming our way.

While we cannot control the weather, storms will happen, all we can do is control our reactions to the end of the world as we know it hype that each new storm seems to bring to certain networks.

People relax, the weather is going to happen and if the forecasters use words designed to keep you watching their station(s), then maybe we need to look at different channels for our weather forecasts and information.

Instead, we need to look more at the temperatures being forecast, what kind of weather is predicted, and ask yourself, is it pretty normal for this time of year?

Do I need to prepare for the storm differently than I have for any other similar storm that we have had in the past?

Is it really going to be the "mother of all storms"?

Have you got your snow clearing stuff ready, extra gas for snowblowers, generators or trucks, warm clothes ready, back-up heat sources prepared, at least a week's worth of food in the house - just in case things do get bad?

No, you really don't need to go down to the store and get that half-gallon of Allen's and two gallons of milk or Fireball during the height of the storm.

It should already be in the house.

After all, it is winter around heah. :-)


This post was written for and first appeared on One Foot In Reality.
infotainment reflection winter
Hshawjr207
Welcome to One Foot In Reality. This blog will be my daily journal where I get to write about things that interest me like running, technology, aging and a lot about what I do and read about over the course of a day. Some things might be boring, but they are a part of everyone's life, but also the parts that make me go mmmm.

Hshawjr207 said…
It is the only way to look at winter. You cannot control Mother Nature, she is going to do what she does. All we can do is control our reactions to the talking heads that seem to cry "the sky is falling all too often". :-)