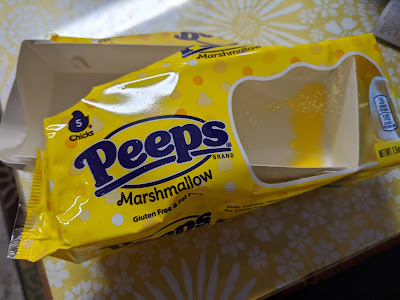 They are the one candy that I LOVE and if they are in the house, they will not be for long, as evidenced by the empty package. I only buy the smallest package I can find because I know that once it is opened, it will be gone. I simply have zero self-control when it comes to yellow Peeps and then I feel like crap after eating 15 of the little bastids, 5 I can live with chowing down on in less than five minutes.


This morning I got a call back from the physical therapy referral and found out that the co-pay was not $40, it was "only" $31 per visit and the plan was for 12 visits. I thanked the nice lady on the phone but advised her that I would be declining the treatment because the co-pay was more than I was willing to pay for those services.

I had talked with the wife and done a lot of thinking after their phone call yesterday and decided if their quote for a co-pay came in over a certain amount that I would decline. I was not willing to pay premium prices for services that are not what I really what I am looking for. I am sure that the physical therapist is a great PT, but I specifically requested one who is a runner for reasons based on my previous negative experiences with PTs who were not runners.

Fortunately, rehabbing a hamstring strain is not rocket science and while a PT does have training and skills beyond my meager ones, I think that I have done this a few times over the years and have a pretty good idea what works for this old body. 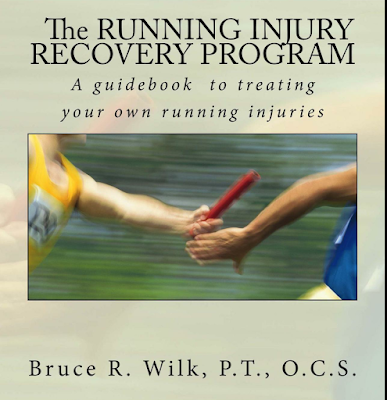 So I will do my hamstring rehab routine based on the book by Bruce Wilk, (that has worked well for me in the past), get out the car polisher (which works on the same principle as some of the PTs gizmos, that they run up and down your leg), 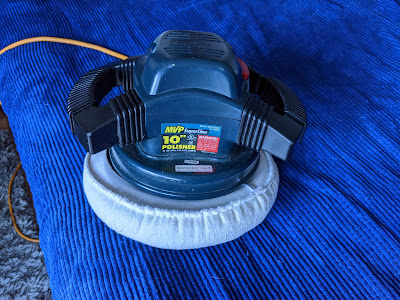 Then I called up Frank, my massage therapist (who corrected the last non-running PTs work within three visits) and made my first appointment for tomorrow afternoon. I was hoping to avoid the large out of pocket expenditure, but at the same time, I have confidence in Frank's ability to get me back to running as pain-free as this body is going to run. He has done it before, so I will see if he can do it again.

0.30 @ 3.5 mph - warm-up
2.0 @ 6.1 mph - I wore my Nike Zoom Fly v1s just to see if the higher drop would help with the hamstring issues. I had gone back over my old log and saw that when I switched back to a higher drop shoe, I had fewer issues with the hamstring. It was worth a try and it seemed to make a difference.

I came pretty close to stopping at half a mile because the discomfort was starting to increase, but it never got beyond the 3 on the pain scale. I expect some discomfort, it is just part of the rehab process, but I had told myself if the hamstring got into actual pain, which is what a 4 is to me, that I would be stopping. It didn't get worse and I was feeling about the best I have since I did whatever to my left hamstring, so I kept going through to 2.0 miles.

I stopped there even though I could have kept going.

I am not attempting to prove anything to anyone but myself at this point and have reason to believe that slow and steady progress is smarter than attempting to rush the process too much. Rehabbing the hamstring is a process and I am going to have to follow the routine to get back to running comfortably again.

After getting off the treadmill, I decided to do a lower bodyweight workout. I used the machines for glutes, hamstrings, and quads and then the sled for Achilles and leg press. I used lighter weights because the ligaments and muscles are not used to doing weighted work.

Other than that we went into town and stopped at the library. I was surprised that they had one of the books on my reading list, so I checked it out and will read it after I finish Essentialism this weekend.

Actually, a pretty good day and while I was a little disappointed with the physical therapy co-pay, I have a feeling that in the overall scheme of things it will work out just fine. I am anticipating and dreading at the same time having Frank work on the legs, I know in the long run, it is the best thing, but that deep tissue massage does not feel great while he is doing it. In fact, it downright hurts like an SOB. But I will live through it - again. :-)

This post was written for and first appeared on One Foot In Reality.
daily life RunLog yellow peeps
Hshawjr207
Welcome to One Foot In Reality. This blog will be my daily journal where I get to write about things that interest me like running, technology, aging and a lot about what I do and read about over the course of a day. Some things might be boring, but they are a part of everyone's life, but also the parts that make me go mmmm.