on February 28, 2020
It wasn't a bad day yesterday, it just seemed like another busy one.


Lucky for us, the big storm went about 10 miles north of her and dumped a lot of snow 8-11 inches on the folk up there, while we got lots and lots of rain. I prefer to clean up the rain than that heavy wet heart attack snow. 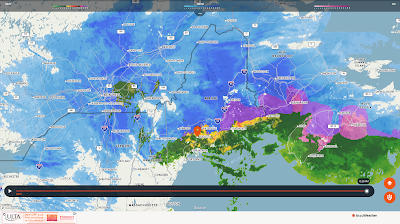 I did get in my new Asics Glide Ride shoes, the first Asics I have bought in quite a while although I did try their Roadhawks for a little bit. They seem to fit well and both came in at 9.6 ounces, which is less than I thought they would be. Now to get a run in them on the treadmill, but I do gotta say that they felt weird walking around the house in them last night. I have a feeling there will be a bit of a transition period before they start to feel really good. 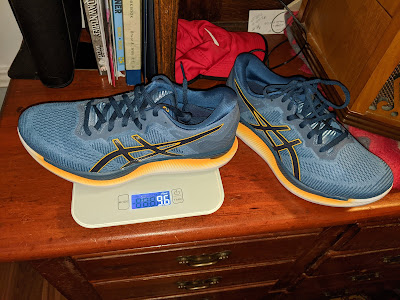 Stoic Daily Reflection - CULTIVATING INDIFFERENCE WHERE OTHERS GROW PASSION
Can things be good or bad, or is it more our possessiveness, jealousy or greed towards things that others have or do that make them good or bad in our eyes? Things simply exist in our lives and we often give them more importance than what they deserve, whereas things that are important such as health, relationships and yes, being a good person in our own eyes has gone down the ladder of importance in today's world.

It is usually not until we are able to step back a little, take a good look at who we have become that we can choose to continue to live life the way that we are or make the changes necessary to become the person we think we should be.

Got on the treadmill, set it to 6.8 mph and kept it there. One of those just run runs. The back of my left leg was still noticeable, but didn't interfere with my gait or anything - it was more it was just there as a reminder to not do anything too stoopid.

Shoes -- New Balance Beacon v1 - First run in them since January 7th, the last day that I ran without pain in the back of my left leg. The Beacon v1 did everything I wanted from them. No issues :-) Phew I was worried that they were part of the problem, when in fact the problem was just me being stoopid that day - what actually happened was that I ran too fast for my then level of fitness and it bit me square in the butt.

48 Laws of Power is a book that scares me more than a little, especially if you change the names and dates of some of the examples, they seem to be right of the playbook that many of today's politicians are using to maintain control in this Country. Not much I can do about the games of the powerful, but at least I can put a label and can look a little more objectively about why and what they are doing. I am up to Law number 32, so I have a bit further to go. It is not a book that you can simply sit down to read, you have to read a little digest what has been read and then go back to it a bit later.

I did finish Running Science and while it had a lot of good information and diagrams, the book itself was written in snippet form, almost like multiple Twitter tweets per page which I didn't like. I prefer more of a story presentation of information and the book itself was visually distracting to me. The training plan section was an interesting way to present the plans, but not one that I liked and because of the visuals that were used to present the plans, it seemed more distracting than helpful. It was not done in a format that made it easy for me to read. I prefer some of the other books I have that are written on improving my running to this one. It will go in my library as a reference book, but not one that I would turn to very often.

For some reason, I am having a more difficult time focusing in the evening on writing a blog entry lately. Gotta get over that hump and get back to it.


This post was written for and first appeared on One Foot In Reality.
ASICS Asics Glide Ride daily life lifeisgood
Hshawjr207
Welcome to One Foot In Reality. This blog will be my daily journal where I get to write about things that interest me like running, technology, aging and a lot about what I do and read about over the course of a day. Some things might be boring, but they are a part of everyone's life, but also the parts that make me go mmmm.