Getting back to normal daily living posting, feels pretty good, although last night I just had zero focus and was only good for vegging out most of the night. Not sure why, but this morning I am feeling pretty good and raring to go. 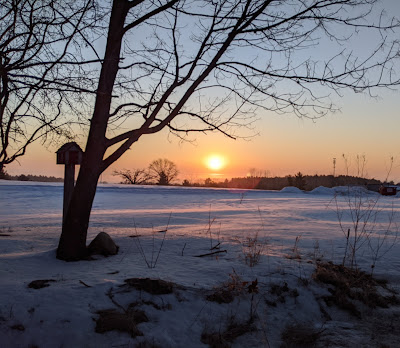 The best thing about yesterday was the massage that I got from Frank Brown. He abused worked on my left leg for an hour and a half and at about the hour and fifteen-minute mark, something in the back of the upper leg released. I could feel the difference almost immediately. Neither one of us was totally sure what it was, but the leg sure did feel better after that happened.

It is still pretty sore today, but it does feel like a different kind of sore, but the left leg was manhandled, poked, prodded and abused pretty badly during that session. Frank told me that I would be sore for a day or two and to expect me to go to the bathroom more often for the next day. I gotta admit that I have been going pee a lot more often than usual.

Hopefully, whatever it was that released was the cause of the issues that I have been having with the back of my left leg.

After getting Bennie's walk done, we headed to Sam's Club to get some things. At the register, we had a bottle of wine so going through self-checkout meant that the roving cashier would have to approve the transaction. I jokingly told her that we would need to be carded and went about scanning the stuff.

I noticed that she kind of looked at me funny and then she walked off to the other end of the building, down by the exit. ??? Okay.

We waited and as she walked back and got closer I waved and she started walking towards us. At that point, the lady beside us waved her down and stopped to help her first. ??? Okay.

After she finished helping that person, she walked right by us, actually, she had to pass right between Mary and me because the shopping cart was fully loaded and I was standing in the aisle waiting to leave.

That pissed me off.

I spoke rather loudly "Are you going to help us or not?"

Her response was "Oh, you need help?" with that tone of I really don't want to help you.

Not impressed to say the least.

I did notice that the store manager was down a few registers, (we shop there quite regularly) and he saw that I was getting a little frustrated and asked if I needed any help. I didn't want to cause a big scene, so I just said no its nothing.

It wasn't a big deal, but I wasn't really thrilled by her attitude???

After she approved our wine purchase, she gave me this sort of "fuck off" glare, daring me to say something to her and then walked away.

I clenched my teeth and didn't say anything, I am trying to be better than that.

However, as we walked by the store manager, I stopped for a minute as he was talking to someone else, and when they paused for a moment I asked to talk with him. I told him what had happened and that I was just a little unhappy with the customer service we had received from this person.

He apologized and I left it for him to figure what to do with the information I gave him.

It turns out that Mary had pushed the help button on the register console before I had waved her down and was even more pissed than I was about how we had been treated, so it was not just me being overly sensitive to how she treated us. I don't usually talk to managers about poor customer service, but this was such a blatant case of in your face "fuck-off", that something needed to be said.

Since I learned a lot about the Nike Odyssey React 2 in today's and how I do not like the lack of padding in the tongue area, then when I add in what I have a feeling will happen with all the Coronavirus stuff going on. That many are predicting (including myself) a large slow down in the economy and shipments of goods from China will be happening, simply because many of the manufacturing sites are not working during the epidemic there and even once they get back to work, there is going to be a time period when goods are not going to be shipped.

I simply do not believe that with the epidemic that is actually happening in China and a lot of stuff that we probably are not being told (for our own good?) that it will affect our ability to get certain durable goods in a few months. So after thinking about things, I decided to order my next pair of trainers now, while they are available.

After doing a bunch of looking around I decided to go with the Asics Glide Rides and when I went to Running Warehouse to order them, they had one pair in my size left in stock. Which kind of tells me that my predictions around stock being available might be truer than I thought. I ordered a pair, gulped hard at the price (no discounts either) and hit the order button. They will be here by the end of the week.

Often things just "are", you can't change them or how other people react to things or even you. All you can do is stop, think about how or why you are reacting in a certain way for this situation and figure out if it is the appropriate response or not. It is often our own responses to things that are the over-reaction, not what is actually going on. Stop. Evaluate, Think, before reacting or over-reacting. Yes, it is hard and my emotions often interfered with that, but I am getting better at measuring my responses versus simply reacting.

Planned Workout - 5-6 miles outside in Augusta

PF-Leighton-Commerce | 6.3/58:14/9:15 - It was a gorgeous day outside, so I headed out the door and just ran relaxed. I was very consistent the first four miles, but when I went down through the Commerce Center, I just really slowed down too much. I attempted to pick it up a little after that, but the body just didn't have a lot left that last mile. Just after KDT Garage, I heard a big commotion behind me and saw a huge cloud of smoke. It seems that some guy in a truck had done a burn-out in front of the garage and brought traffic to a standstill until it dissipated. He came flying past me and did it again at the corner onto Civic Center Drive. I don't know what his problem was, but he had some kind of an ant up his winney.

There is something about running past the bus station that just pulls me in like a magnet. Not really what I want, but by the time I get there there is not a lot of choices either. After that, I decided to go through the Commerce Center and back to Planet Fitness. By then I was at the limits of my present levels of fitness. I have lost a lot of stamina over the past almost two months, but I will get it back.

Nike Odyssey React 2 - I learned a LOT about the OR2 and that I do not love or even like a shoe without padding in the tongue when running outside - My gait is slightly different than on the treadmill and I notice things more outside. I think that for 3-4 miles the OR2s are okay, but anything beyond that and the top of my feet begin to hurt. That sure is not what I am looking for in my daily trainers. I am not sure about what to do with them, but I am not going to worry about it.

Finished up my weekly review blog post. First one I have done in a while, but they are something that I need to get back in the habit of doing

This post was written for and first appeared on One Foot In Reality.
Hshawjr207
Welcome to One Foot In Reality. This blog will be my daily journal where I get to write about things that interest me like running, technology, aging and a lot about what I do and read about over the course of a day. Some things might be boring, but they are a part of everyone's life, but also the parts that make me go mmmm.