on February 02, 2020
This morning at the gym, when I returned from my run, one of the new guys in there told me he loved my jacket. Now it is nothing special, it is only a neon safety yellow running jacket from New Balance and I told him thank you and that I just wear it because I want to be seen when running on the roads. We talked for a bit before we went back to our doing our sets. I introduced myself as Harold and he introduced himself. We went about our workouts. 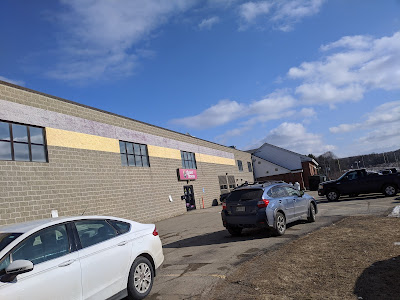 Now that I had been introduced every so often I would see him working out and observed him interacting with other club members. I also noticed that most everyone was avoiding him. Not anything overt or in your face, but there wasn't any eye contact being made and no one was talking to him. Kind of sad, because the guy had a big smile and was very gracious when others were using equipment he was waiting for or if someone was waiting for the piece he was using.

Fast forward to the locker room, he came in we started talking. However, he was having a helluva time pronouncing my name - Harold and he just says to me "my English isn't that good, could you spell it out for me on my phone?" I told him sure and I spelled it out on his phone and he goes "ah Haaar-old." We both laughed. I could see some people in the background glaring at us as they were changing. I just smiled at them and kept talking to him

You see the gentleman I was talking to was named Jose and English was his second language. He understood me but had a harder time putting his thoughts or pronouncing the English words. Jose had a good laugh and a big smile that wasn't that fake shit people give and as far as I could tell that was just who he was. I really think that he was a bit lonely and hooked onto the first person who would smile and talk with him.

Let's be honest...up heah in Maine, there are not really that many Hispanic or other minorities. Plus we tend to keep to ourselves a bit more than other regions (I have been told we are a bit standoffish by more than a few visitors to Maine), so I wasn't really surprised that people were pretty much avoiding him.

We talked for a few more minutes, I didn't pry into where he was from or any of that, we talked about gym stuff. He seemed like a nice young fellow who was busting his butt working out in the gym. I will go out of my way to say "Hi" and talk with him when I see him at the gym again.

I don't like being stereotyped, however, an old short-haired white dude and a young Hispanic guy talked and laughed together a little up heah in Maine, despite some of the looks we might have gotten.

I think it is a good thing. 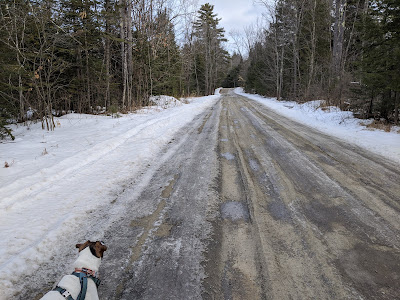 3.31/30:37 -- 9:13 pace. I could tell that it had been a while since I ran outside. Treadmill running and running outside is just enough different that you can tell the difference while doing them. I wanted to avoid the hills, while the hamstring is doing better, it ain't ready for hill work yet! So I headed straight down to Leighton and then ran back up to Outer Civic Center Drive. It took about 3/4 of a mile to shake some of the rust off and all I did was focus on good mechanics.

I was not worried about speed, cadence or any of those kinds of things - they will come. I worked on keeping my feet straight, a bit more knee lift and running heel-to-toe with an easy toe-off. The hamstring cooperated quite nicely, once it got warmed up and I could have done more, but I am going to do this one correctly and do what needs to be done to work things out.

Although the pull of the bus depot proved overwhelming and I visited there for a few minutes to ponder the fate of the world. Getting moving again was a bit of a chore, but I quickly found the rhythm again and did well on that last mile. I was feeling good enough that I even thought about taking a left and going up to the lights, but then got ahold of myself and made that right turn.

However, at least I am thinking about going longer, so that is a good sign. 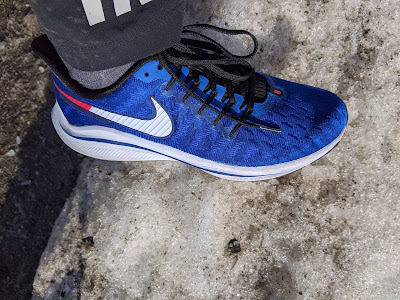 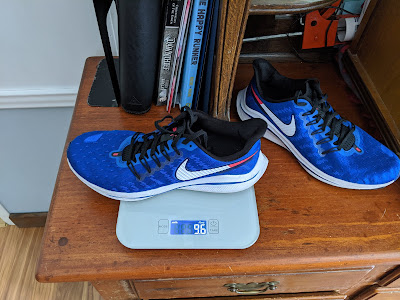 The Nike Vomero 14s did a good job and didn't bother my feet at all during the run. The biggest thing that I noticed about them was that they are noisier if I am not running correctly in them, which is the same thing I said about the Vomero 11s when I ran in them for a while. This is not a bad thing and will remind me to run better when I start hearing my shoes making too much noise

Once I got back and changed out of my running gear, I went and did the weight machines 3x10 sets at lighter weights. Actually, the hamstring felt better after the weights than it did after running, so I am getting optimistic that I have turned the corner and maybe on the road back to running regularly again.

Other than that I have been pretty unproductive today and sometimes that is a good thing. I will probably watch bits and pieces of the Super Bowl tonight, but I really am not all that excited about it and haven't been watching much of any sport lately. I love watching the athletes perform, they are just so superior athletically compared to the rest of us but get tired of the announcers, stupid commercials and other stuff that goes on when you watch a game on TV.

Although I did watch Google's commercial early on Facebook where they are promoting their Hey Google assistant and one of their devices. I teared up on that one, I gotta admit.

This post was written for and first appeared on One Foot In Reality.
daily life Google RunLog
Hshawjr207
Welcome to One Foot In Reality. This blog will be my daily journal where I get to write about things that interest me like running, technology, aging and a lot about what I do and read about over the course of a day. Some things might be boring, but they are a part of everyone's life, but also the parts that make me go mmmm.