on April 03, 2020
The Good?
Today was my first run in the Hoka One One Clifton 6 and they did everything that I wanted from them. I was able to run 5.0 miles at just over a 9:00 minute pace in fairly tough conditions without problems from the shoes themselves and I could have gone further without any problems. The grip in wet weather was quite good. 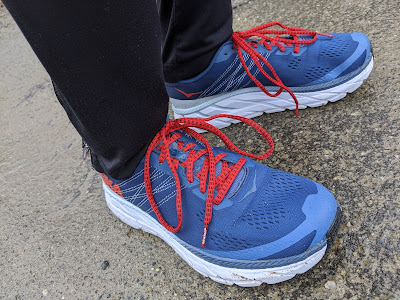 The weight of the size 8.5 2E Clifton 6s is pretty amazing for the size of the shoes if you ask me. 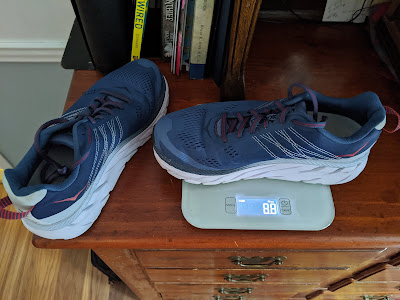 The Bad?
The red shoelaces that I put in were too long and they were wacking the other leg on each stride, which was not the shoe's fault. It was my fault for choosing laces based more on style/color than length. I wanted the laces to match the red highlight. It didn't really do anything other than distract me during the run, but it is something that I don't want to deal with on future runs and I replaced them with shorter laces tonight. The ones that fit the best were a pair of yellow, so it wasn't the color I wanted but they were the ones that fit the best.
My Clifton 6s are size 8.5 2E and while I like a looser fit in the forefoot, they are a little too long and I could have gotten by with a size 8.0 2E or maybe a regular size 8.0, but I would want to try them on first. However, these do fit well enough that I believe that it will not be an issue going forward.
Today's run was done in some pretty steady rain with steady 25 mph from the North East (Yeah, it was a N'oreastah), with some gusts up to 40 mph. So it will be interesting to see how they feel on a little more normal day. 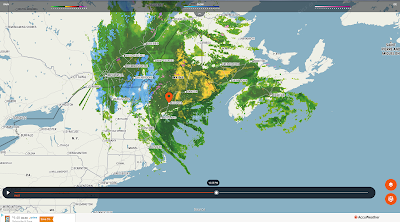 Weather played a pretty big part in today's run and the storm stuck around a lot longer than the forecasters originally predicted.
A pretty nice first run in tough conditions, let's see how I feel about them after a few more runs.
This post was written for and first appeared on One Foot In Reality.
Hoka Clifton 6 Hoka One One
Hshawjr207
Welcome to One Foot In Reality. This blog will be my daily journal where I get to write about things that interest me like running, technology, aging and a lot about what I do and read about over the course of a day. Some things might be boring, but they are a part of everyone's life, but also the parts that make me go mmmm.