on April 28, 2020
The Good?
I ran for the first time in my new Skechers Razor 3s, which I purchased from Running Warehouse at a phenomenal price. Yes, I love this colorway!!! It ain't boring. 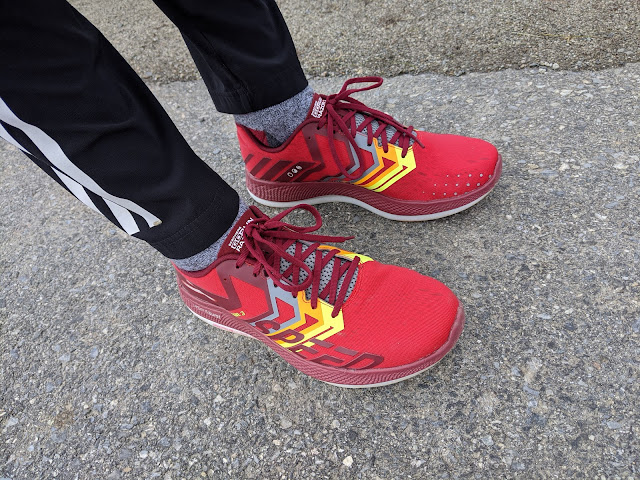 The Razor 3 felt good enough wearing them around the house this morning that I decided to do my Shoe Test Course as my first run in them. This is not something that I usually do for the first run in a pair of shoes.
My test course is a tough (for me) out and back where I go down a steep hill, then it continues to gently slope downhill until I get to the end of the tar on Pepin Road and then I have to come back up the hill. Then once I crest the hill it just under a mile left to finish the course. Today I added on a mile of the dirt road down back because the Razor 3s felt so awesome and I wanted to see how they did on the dirt too. Basically, I threw everything I typically run at them on the first run.
The other thing is that I have been purposely limiting my effort levels to comfortably hard and not getting too carried away with running fast. On today's run I did pick up the pace, but the effort level was not as hard as I would run if I was running in a 5K race. 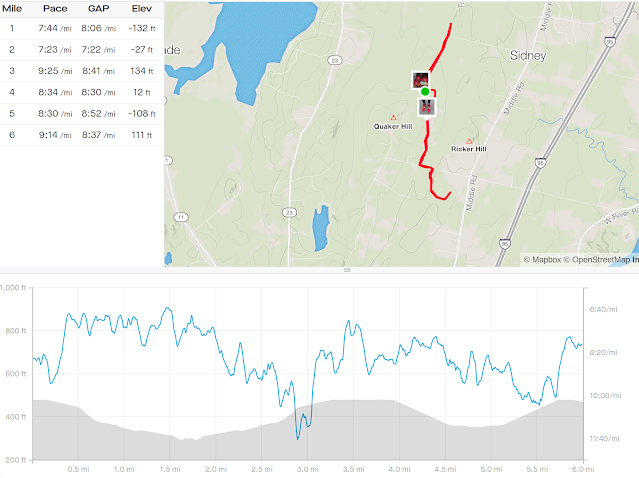 Just a few bumps (hills) along the way, but the Razor 3s did everything I wanted. They love to go fast as evidenced by the first 2.0 miles and I tied my best Pepin Road segment time according to Strava, without trying and being bundled up - I set this segment record (for me) back in July 2018, so the weather was a lot better, I was trying to run fast that day and today I had my winter gear on and wasn't trying too hard to go fast. Yeah, the shoes do make a difference.
After 2.0 miles I purposely slowed down and didn't push too hard. I wanted to see how the Razor 3s did at slower speeds - no issues and even better they did great on the fairly dry dirt road down back. They were nimble and even though the legs were tired from the Pepin Test Course, I did not have problems picking up my feet to avoid puddles, rocks, or muddy patches. Although I wouldn't take them down there on a rainy day or do anything tougher than a dry groomed trail in Razor 3s, the outsole is just designed for road conditions.
Yeah, being light like sub 6.0 ounces in a size 8.0 and still having a cushioned feeling, was simply amazing to me. 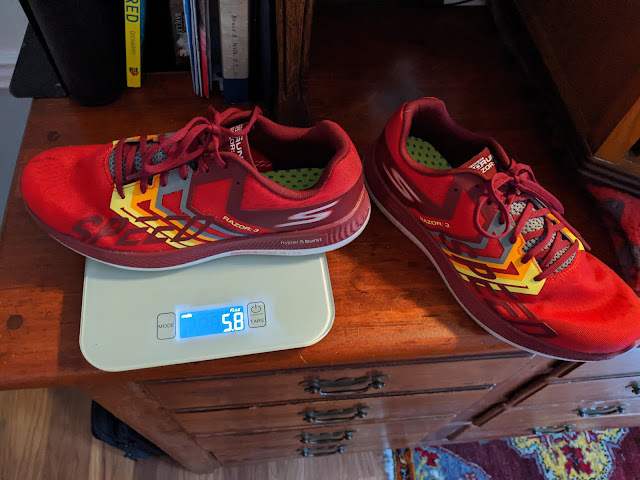 The Bad?
These are racing flats and I am fairly certain that I could without too many issues use them as a daily trainer, if I wasn't afraid of killing my legs, because I would never want to run that slowly in the Razor 3s. I have a feeling that once or twice a week will be plenty.
I am not a real fan of the laces or tongue, because I could feel a little lace bite to get a good locked down feeling, but with racing flats, you expect a thin tongue and some bite, so this is not unexpected. I might look at some other laces though, just to try them out.
What Was I Thinking?
The Razor 3s did something that I haven't done before, equaling a well-established segment-best on my first run in the shoes without actively chasing that segment. Then my wanting to run further in them just to check out how they performed on a different terrain than what they were made for. 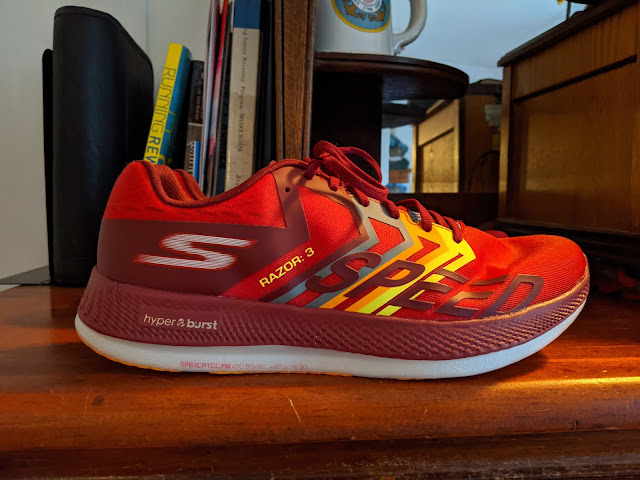 Needless to say, the Razor 3s provided me with a pretty good first impression. Now to get some more miles on them and see how I feel about them down the road.
This post was written for and first appeared on One Foot In Reality.
RunLog Skechers Performance
Hshawjr207
Welcome to One Foot In Reality. This blog will be my daily journal where I get to write about things that interest me like running, technology, aging and a lot about what I do and read about over the course of a day. Some things might be boring, but they are a part of everyone's life, but also the parts that make me go mmmm.

Hshawjr207 said…
Hehehe overdoing and running = never happens. Joe you are correct that is the big danger in running and my running especially! I am a walking injury list because I tend to think I am 30 years younger than I am some days when I am out running, especially when I am in a race and usually end up with yet another injury and more down-time. ;-)
May 2, 2020 at 8:23 AM