on April 05, 2020
The Good?
Bennie and I went for a 3.0-mile walk down-back, while I could probably start running down there, it is still very rutted and muddy in places. 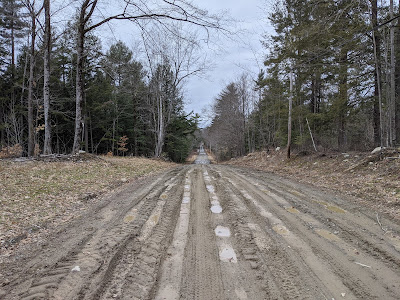 Therefore, I decided to run down to Pepin and thought that I would go a bit quicker for the first 2.0 miles than I have lately.
While I didn't do anything close to race pace kind of effort, I did get into the comfortably hard range for the first time since before I hurt my hamstring back in early January. It felt good, to run a little harder, but still well within where I am physically and not enough to compromise my immune system.
Mile Splits
1 - 8:32
2 - 8:01
3 - 9:25 - I purposely slowed down and didn't work all that hard coming up Bartlet Hill
4 - 8:20
4.0/34:19
Probably my best post-injury run and it did feel good. Also, it was nice to run in shorts again, not a lot of sunshine until the afternoon, but warm enough that I was able to do the cool-down while talking to the wife and her adventures down-back while walking with SD2.
After lunch, I got to pull out the wood chipper and for a couple of hours getting rid of the brush pile down the driveway. Mary helped me by picking up the smaller stuff that hadn't made it to the brush pile and hauling it to the chipper. Tough upper body workout picking up the brush (some were just 2-4" trees cut down) and stuffing it down the chipper chute.
Gonna be a bit sore tomorrow. :-)
The Bad?
I really did want to run down-back today, but I also did not really want to twist an ankle or anything else either. So running down to Pepin was plan B and I was happy with that. 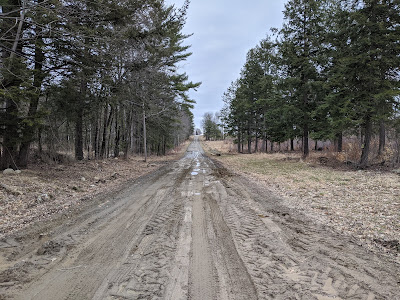 The chipper needs a tune-up pretty badly, but it won't happen anytime soon with the lock-down in place, just gonna have to use it the way it is until we are able to get it into the shop.
Otherwise, it was a pretty good day.
What was I thinking?
I am noticing an uptick in my saying what is on my mind on social media instead of just letting things go. At this point, I prefer to defend what I think is correct and will push back more against others who have been more vocal than I am in the past. The time for being quiet about what I am seeing and/or hearing is pretty much done. Which means that some may or may not agree with my positions, but that is okay, that is the way life is supposed to be. Having a single thought process and the idea that there is only one way of seeing things (from either side of the aisle) is not the solution to our problems.
We will see how this plays out I am sure, but if I look at what I believe my values are, I need to live them, not just say them.
This post was written for and first appeared on One Foot In Reality.
Hshawjr207
Welcome to One Foot In Reality. This blog will be my daily journal where I get to write about things that interest me like running, technology, aging and a lot about what I do and read about over the course of a day. Some things might be boring, but they are a part of everyone's life, but also the parts that make me go mmmm.

Joe - Those are still good, I have been a runner for way too many years (when I am not injured heheheeh) I gotta do more than just the running, but I have lots of chores that seem to keep the upper body somewhat in shape, so I don't worry too much. When all this stuff kinda calms down, I might even look a little closer at some CrossFit. We will see, getting an old runner to do more than run, is tough some days hehehe
April 9, 2020 at 7:44 AM 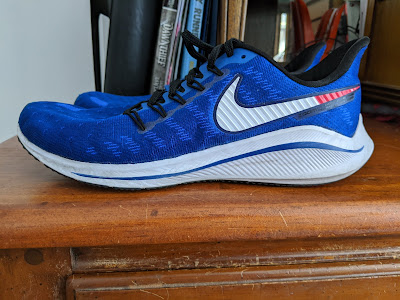